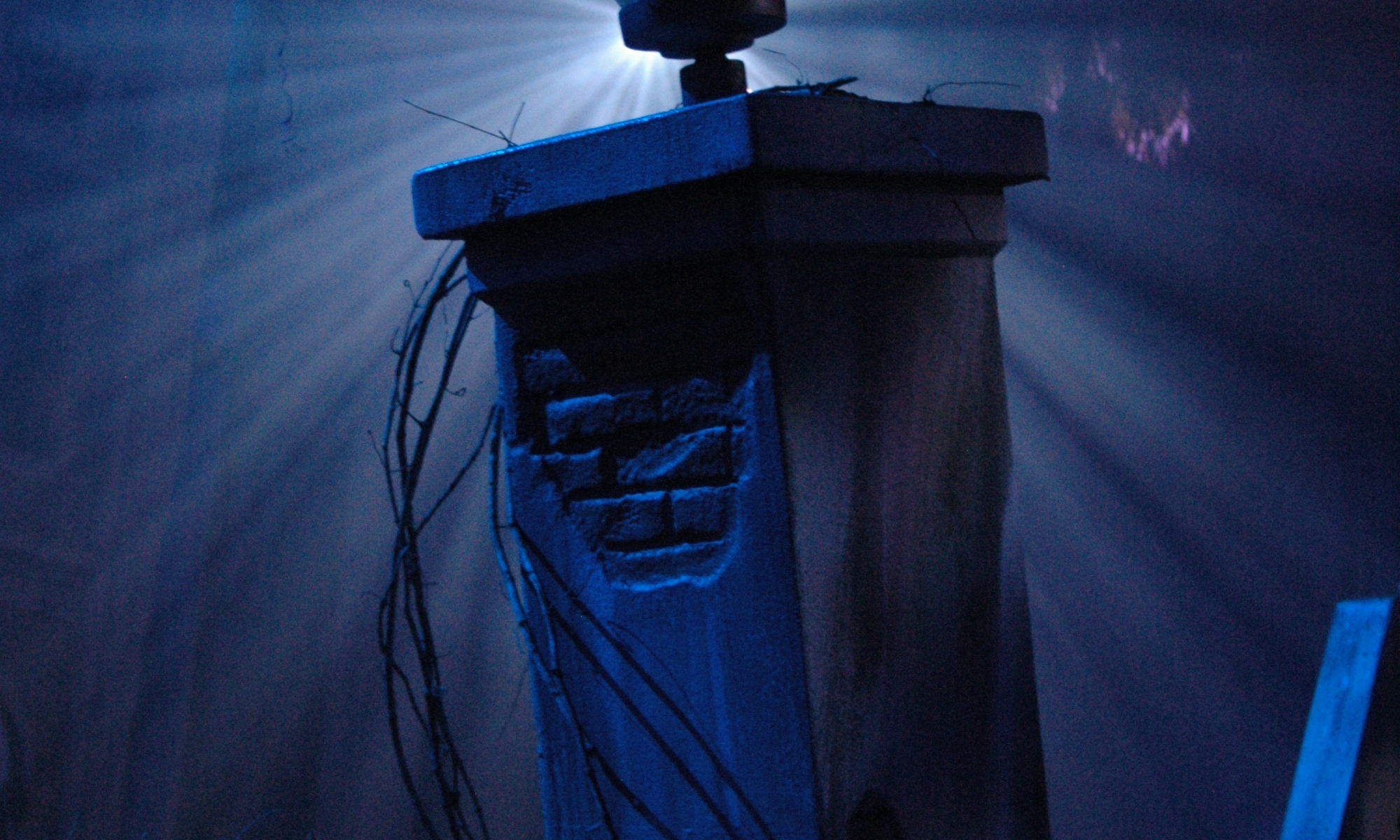 This year’s Halloween Horror Nights at Universal Studios in Orlando is a fantastically fun mix of optical illusions, sexy nurses and growling undead. With so many differently themed houses running between Penn and Teller to The Walking Dead and ending at The Dead End one has to look for a reason to be bored.

When an event like HHN tries to recreate our favorite shows there is a great expectation to live up to; will they keep the massive hordes from Atlanta, will we get to live the shocking end scene of Dale ourselves, or will we be hunted down like Andrea? I for one was hoping for the half eaten cow… yeah I know it’s gross but it was one of the most jumpy scenes from last season… I’m sure there were wet undies out there somewhere! However the expectations were not lived up to, not that is wasn’t a fun experience but the amount of zombies numbered probably around 15. There were more zombies roaming the street outside the exit than inside the house itself.

The actors in the masks and makeup outside the exit in what is called a scream zone were pretty convincing, at times getting inches from your neck just ready to take a bite. Others were roaming snacking on the various body parts growling at anyone who ventured to close, or asked for a bite which Andrew did. The only downside to where the scare zone was located is that it’s almost entirely lit leaving everyone the chance to see if the person in front of them was undead.

After hitting up The Walking Dead house we ventured over to Alice Cooper’s nightmare… I have to admit the only thing I remember about the house was a pole dancer. If Cooper’s nightmares consist only of what was in that house him and I need to have a talk about true nightmares.

The walk across the park to get to Silent Hill passed through three scare zones, a sort of pumpkin head undead army was first.  I was caught off guard several times ending in regret of checking out the workers who were in tattoo shirts allowing me to see their glorious six pack abs. 🙂  Then off to the escaped convicts of a women’s correctional institute handling chainsaws. I never liked chainsaws so I don’t remember that area well. The next area was full of pick axe and hatchet welding monsters, though I wasn’t caught off guard in this area a lot I found we greatly enjoyed watching the actors chase after girls in heels and douche bags offering high fives to the actors on stilts.

The Silent Hill house was in itself scary, a member of staff in regular dress walked through a side door next to us just as we entered the house scaring us more than we had been all night. Just as we passed through the main gate a creature jumped out to my right and the sheriff to my left scaring me forward. With Nate in front I instinctively grabbed his arm moving his backpack between me and creature, Nate’s response to a damsel in distress was pretty frank, “what are you grabbing onto me for?!” as he stepped forward. -Good to know Nate would toss me to gross creatures- I spent the rest of the trip through the house holding onto the front pocket of Nate’s backpack taking it off him a few times. The scariest part the house was how close the nurses got… inches, the last thing I want is a screwed up looking nurse coming at me with a needle and syringe. (I don’t do well with regular nurses coming at me with needle to begin with.)

If I were to be asked what the scariest part of our night was though it wouldn’t be anything that happened inside the park, in fact it happened after we got to the car in the parking structure.

However that tale will have to wait until my next post later this week as this post already has too many words. 🙂

Nate- I agree with everything related to the thrills and chills of each house. The Walking Dead missed the boat on capturing the horror of being in a world of undead and seemed more like a excuse to promote the show.  I like to see the house at Universal Studios Hollywood where they have a open area in the house with a horde of zombies.  Think most screams and fun came from the scare zones around the park.  I keep taunting a pumpkin head who idea of scaring people involved a tin can full of coins.  I keep shouting “penny can” at him, don’t think he like it.  In my defense Andrew was right next to her and it’s his duty to be Amanda’s shiny knight.  My job was to lead the group through the maze of horrors limbs intact not to be cuddle buddy.