It’s that time again, it’s expansion time and you know what that means. All that hard work you put in and all hours you put towards getting your purples will soon be obsolete compared to basic greens. This time your main reward for leveling up to 85 is FINALLY getting another new continent to explore. It was nice to have some of the zones reworked with Cataclysm, but lets be honest, it could have been a hell of a lot better.

The continent of Pandaria had been shrouded in mists for the better part of ten thousand years. The Pandaren established themselves as an empire before the Great Sundering ten thousand years ago that ripped the land apart. The continent had been shrouded in mists up until after the Shattering, and even then still had some mists, since that is what was reported to Warchief Hellscream from General Nazgrim.

You get a new race to play as in this expansion. Pandaren are the new playable race, and before anyone even says that Blizzard ripped off Kung Fu Panda, Pandaren have been in Warcraft lore since 2003, years before KFP came out.  The Pandaren are a neutral race, so once you finish the starting zone on the Wandering Isle, you get to choose to join either the Horde or the Alliance.  The classes available to Pandarens are Mage, Rogue, Hunter, Warrior, Priest, Shaman, and the new class Monk. I was pretty disappointed that they couldn’t be druids, because come on, what would be cooler than a black and white bear or feral kitty kicking  your ass in combat?

The Monk class is a versatile class. They can wear cloth and leather, and can use Fist Weapons, One-handed Axes/Maces/Swords, Polearms, and Staves. There are 3 types of Monks; Brewmaster (Tank), Mistweaver (Heals), and Windwalker (DPS). Pandaren can obviously be Monks, but so can Draeni, Dwarfs, Gnomes, Humans, and Night Elves of the Alliance, and Blood Elves, Orcs, Tauren, Trolls, and Undead for the Horde.

The Talent Tree has been revamped. You now get to pick 1 talent  from a group of 3, every 15 levels, for a total of 6 talents. I’m guessing Blizzard did this to make more  of a variety, instead of every Resto Druid having the same set of talents and offering no variety between players. 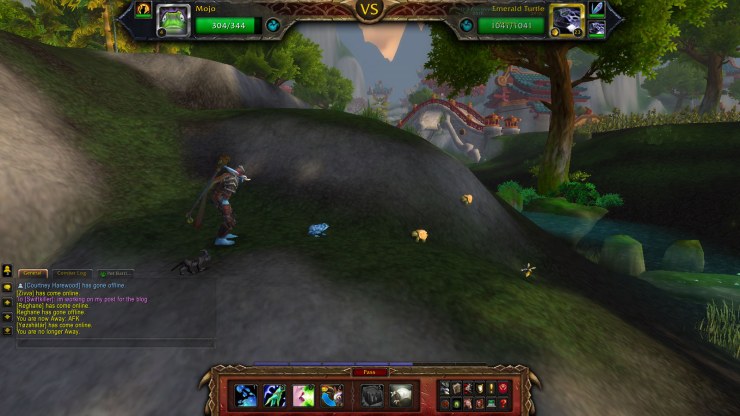 They have also added a Pet Battle system to the game. All the pets that have just been sitting around, being useless, are now being used for something. You can go around and fight other players, for nothing more than just bragging rights. You can also go around Azeroth finding other NPC players and fighting them as well. Yes, it does sound a lot like Pokémon, but it’s still fun nonetheless.

You get 5 new levels, moving you from 85 to 90. You start off in the Jade Forest after a Naval/Air battle between the Horde and the Alliance. The Jade Forest Zone is a lush zone filled with forests, rivers, lakes, and temples a plenty. Its a beautiful zone, and you can definately see the Asian inspired themes in the zone. My favorite area of the zone was the area around the Temple of the Jade Serpent. If you are Alliance, you will align yourself with the Jinyu, a sort of walking fish people. If you are Horde, you align yourself with the Hozen, a monkey race who has a fixation with “dookin”. The Jade Forest is home to the Order of the Cloud Serpent.

The next level you will go to is the Valley of the Four Winds. This is a big farming and beer zone. I’ve seen a lot of complaints about the fact that players have farms, and that “Blizzard is bringing Farmville into the game”, but I view it more as bringing Harvest Moon into the game (Harvest Moon is badass, FYI). With the addition of player farms, hopefully it works out because this could be a “beta” test in which that Blizzard will hopefully in the future add either Guild Halls or Player Housing. Valley of the Four Winds is also home to The Tillers, that you can earn rep with once you hit 90 to expand your farm. 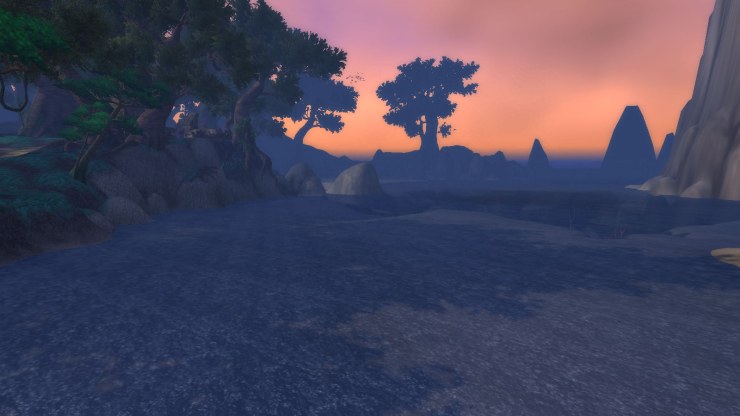 Krasarang Wilds sits to the south of Valley of the Four Winds, and is home to only area that actually has a beach, that you can sprawl out and get your tan on, that is when you aren’t being attack by crabs, Sauroks, water striders or any other number of vicious animal.  It is also home to The Anglers, who provide all your fishing needs, whether it is supplies, or dailies once you hit 90.

Kun-Lai Summit is home to the Shado-Pan Monastery hidden in the northern mountains. East of the Monastery is the Temple of the White Tiger. Beyond the mountains Zandalari Trolls are attacking the Pandaren, and scheming to resurrect the Thunder King.

Townlong Steppes is separated from the rest of the continent by the Serpents Spine, which is practically the Great Wall of China. It is kind of a good thing that the wall is there, because it keeps the Mantid in check and keeps them from spreading like an uncontrollable plague through all of Pandaria. But something terrible happens, and the Mantids thousand year cycle of aggression kicks off about a 100 years early, catching the Pandaren totally off guard, and the Mantid burst through the wall. So naturally they will turn to you for help in finding out what is going on, and what can be done about it.

The Dread Waste is Mantid territory. The Mantid are ruled by their empress, but the Sha of Fear has taken over, and is controlling the empress. She is breeding and unleashing the crazed Mantid. But all hope is not lost. There are some Mantid, a group known as the Klaxxi, that want to see her overthrown, because it is the best possible thing for the Mantid. The Empress is holed up inside her palace, now known as the Heart of Fear. 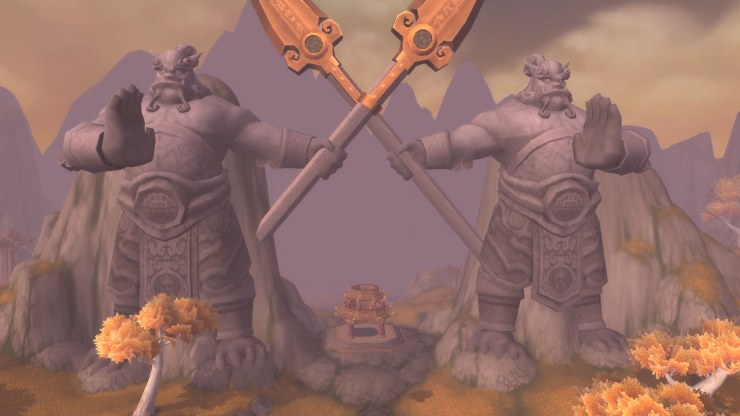 The Vale of Eternal Blossoms is the center of the Pandaren empire. It is here that you can finally learn to fly on the continent. The mysterious waters of the vale have attracted ancient enemies, such as the Quillen and the Mogu, but it has also garnered the attention of the Horde and the Alliance.

According to Lore, when the Titans finally brought order to the world, they killed a seven headed Old-God by the name of Y’Shaarj, and with his dying breath, he cursed the land of Pandaria with his very essence, and for whatever reason, the Sha stayed dormant under the land. Then around ten thousand years ago, in an effort to protect the land from the impending Great Sundering, the last Pandaren emperor undertook a challenge to remove all negative energy from himself. Not sure if anything has been confirmed, but I think that when the emperor did that, the mixing of his negative emotions, and the breath of the dead Old God, I believe that is what gave The Sha their physical form.  They feed off of negative emotions, and can even possess those that are bathed in negativity, like the Mantid Empress.

2 Replies to “Mists of Pandaria”