This is the episode of the season that I have been looking forward to the most. It was always a treat seeing bits and parts of the TARDIS in the classic series, and even in the TV Movie (that was about the only good thing about that movie). Even the success of last seasons “The Doctors Wife”,was due in large part to the fact that we finally got to see more of the TARDIS, even if all it really was corridors and Ten’s old control room. From the previews, it looks like we will finally be able to see the oft referenced swimming pool. There also seems to be what looks like a room with a big ass cliff (ala the beach on the spaceship in “Dinosaurs on a Spaceship”, and we will finally be able to see what is at the heart of the TARDIS (and maybe even what Rose absorbed that turned her into the Bad Wolf entity”.

So pretty much the TARDIS gets pulled out of the vortex by a salvage ship (I hope how they explain how that is even possible, because I am at a loss), and in the ensuing mayhem, The Doctor gets out but Clara is trapped inside. He has 30 minutes to get Clara out and to save the TARDIS before it self-destructs. There are strange creatures down there, and just who or what they are is probably the bigger fear of the Doctor’s and one he probably hopes to avoid having to explain to Clara. In the 30 minutes that she is alone, what untold wonders will she find hidden inside the TARDIS, and more importantly, what dark secrets about the Doctor will she uncover.

Next time Trailer for Journey to the Centre of the Tardis

Journey to the Centre of the TARDIS Preview Clip #1

Journey to the Centre of the TARDIS Preview Clip #2

The Doctor possibly confronting the people who managed to pull the TARDIS out of the vortex.

Clara and Matt in (again, maybe) the heart of the TARDIS

The Doctor with some sort of egg things. What could he be growing in the TARDIS?

I really hope this gets made into an actual book 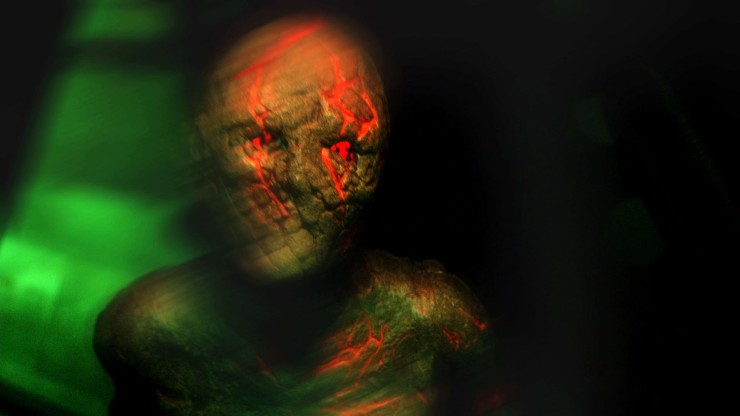 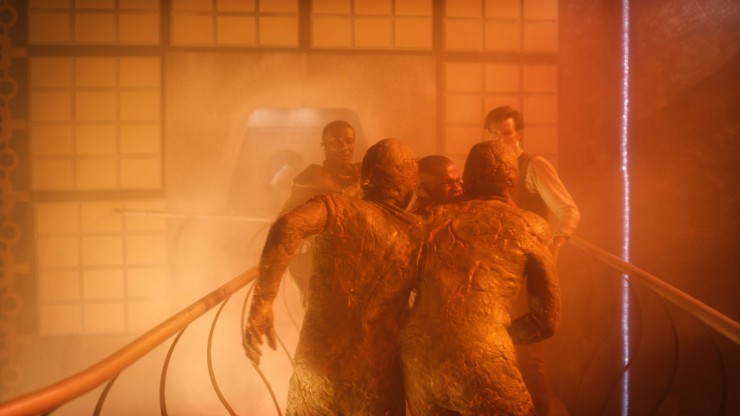 There is a cliff in the TARDIS, eh?

Clara after she possibly finds out what the Doctor has done…