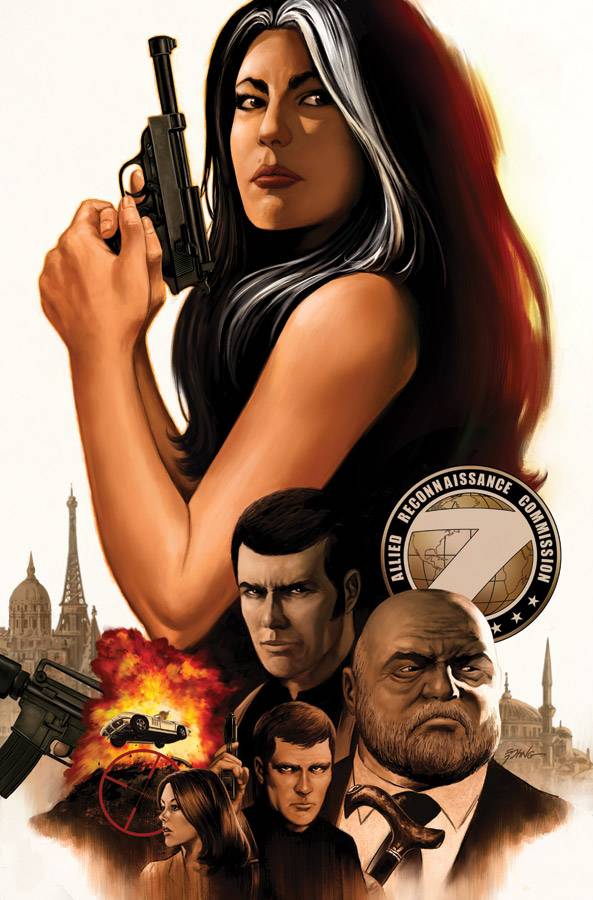 Army of Darkness Re-animator one shot by Marvel Comics

Ash is hurled into an American graveyard in the 1920s and meets an intense young doctor named Herbert West. If the name sounds familiar, West’s obsessed with reanimating the dead at any cost. But he just can’t seem to find corpses that are fresh enough. If the setting isn’t, it’s H.P. Lovecraft’s New England – and his bizarre original short story as the source material. Bonus! Also featuring a reprint of Re-Animator #0! Writer: Mark Rahner  •  Artist: Randy Valiente

NOTHING WILL EVER BE THE SAME! 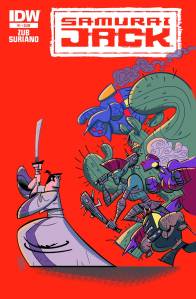 Cartoon Network’s hit animated series is back at IDW! The legendary samurai known only as ‘Jack’ is stranded in a strange future ruled by the demonic wizard, Aku. His quest to return back to the past has tested him many times, but now the stakes are higher than ever. Can an ancient relic known as the Rope of Eons finally take him home? Writer Jim Zub (Skullkickers, Street Fighter) and artist Andy Suriano (Character Designer on the original Samurai Jack TV series) begin a new era of samurai adventure!

Tiny details of the late Carlyle White’s life start to come into focus the longer his son stays sober and asks questions. The network struggles to survive its war against three radio-era behemoths and the FCC. Truth comes out, clothes come off, and Mike finds out just how far down he can go.

ED BRUBAKER and STEVE EPTING redefined Captain America with the ‘Winter Soldier’ saga… and everything they’ve done so far has been leading to VELVET! When the world’s best secret agent is killed, Velvet Templeton, the Personal Assistant to the Director of the Agency, is drawn off her desk and back into the field for the first time in nearly 20 years… and is immediately caught in a web of mystery, murder and hi-octane action. Sexy and provocative, with a dark twist on the spy genre, this EXTRA-LENGTH first issue by two of the industry’s best-selling creators will knock you out! 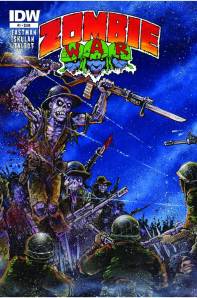 When the denizens of Earth’s military cemeteries begin to rise from the dead, who will stop them? Over ZOMBIE WAR’s two giant-sized issues, Jina, a tough-as-nails fighter pilot sets about uncovering what reanimated these heavily armed monsters and more importantly, what will stop them?! Featuring scripts and layouts by TMNT co-creator Kevin Eastman and art by Eric Talbot (Heavy Metal), this new incarnation will present ZOMBIE WAR in full color for the first time, courtesy of TMNT colorist Ronda Pattison!