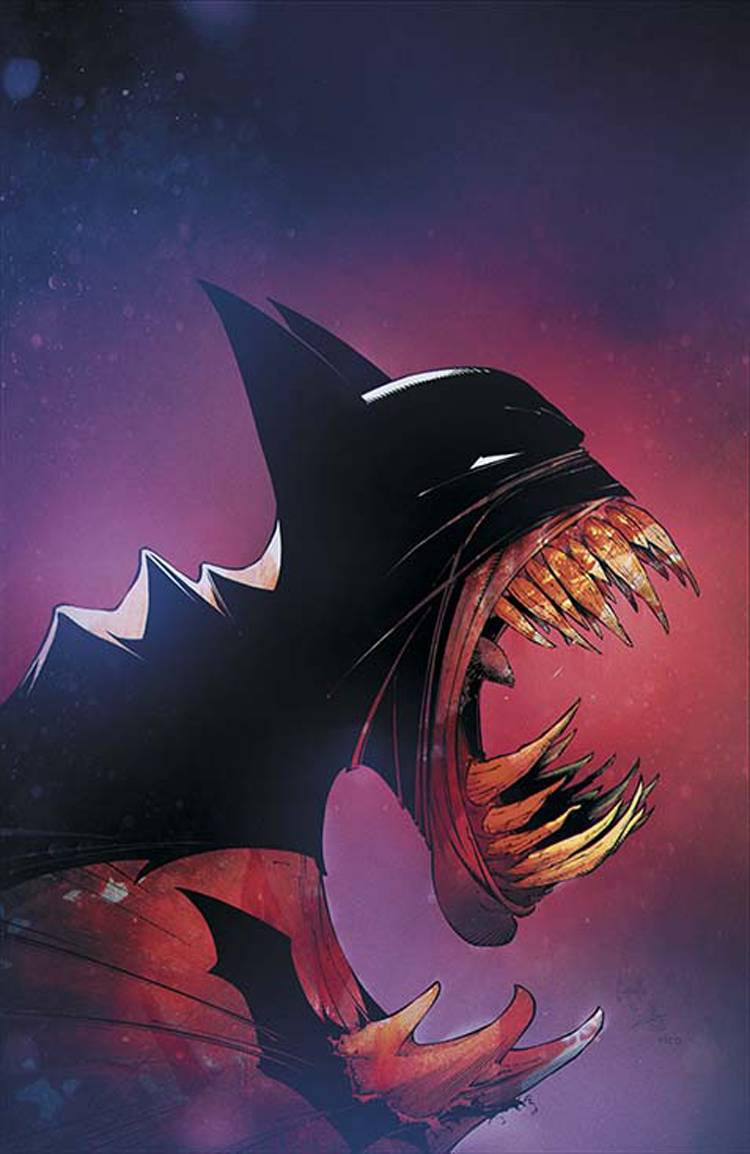 ZERO YEAR’ reaches an all-important crossroads as Batman and Jim Gordon try to turn the lights back on in Gotham City. This issue leads directly into the final arc of Zero Year, which begins here next month! 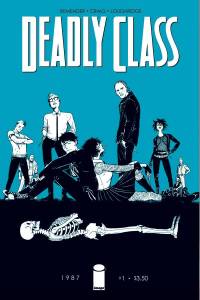 It’s 1987. Marcus Lopez hates school. His grades suck. He has no money. The jocks are hassling his friends. He can’t focus in class, thanks to his mind constantly drifting to the stunning girl in the front row and the Dag Nasty show he has tickets to. But the jocks are the children of Joseph Stalin’s top assassin, the teachers are members of an ancient league of assassins, the class he’s failing is ‘Dismemberment 101,’ and his crush, a member of the most notorious crime syndicate in Japan, has a double-digit body count. Welcome to the most brutal high school on Earth, where the world’s top crime families send the next generation of assassins to be trained. Murder is an art. Killing is a craft. At King’s Dominion High School for the Deadly Arts, the dagger in your back isn’t always metaphorical, nor is your fellow classmates’ poison. (Show Less)
Join writer RICK REMENDER with rising star WESLEY CRAIG (Batman) and legendary colorist LEE LOUGHRIDGE (Fear Agent) to reminisce about the mid-1980s underground through the eyes of the most damaged and dangerous teenagers on Earth.

Harley and guest star Poison Ivy set out to rescue a bunch of cute puppies and kitties! What could possibly go wrong?

‘GODS AND SOLDIERS’ PART ONE
Eisner Award winner James Robinson (STARMAN, EARTH 2) returns to MARVEL, uniting with Steve Pugh (ANIMAL MAN, HOTWIRE, GEN-X) to create a unique, modern day take on the INVADERS.
The KREE EMPIRE intends to conquer the universe using a weapon that will grant them an army of NORSE GODS.
It falls to four heroes united by their past – CAPTAIN AMERICA, NAMOR, THE ORIGINAL HUMAN TORCH and the WINTER SOLDIER – who must now face the future and wage war against the Kree to save Earth.

It’s the perfect jumping on point, as Tom Taylor is stranded at the beginning of all creation! Lost in the unwritten scenes of all the world’s stories, Tom Taylor is headed back to reality – and all the gods and beasts and monsters ever imagined can’t stop him. But there’s a toll on the road that may be too high for him or anyone to pay! 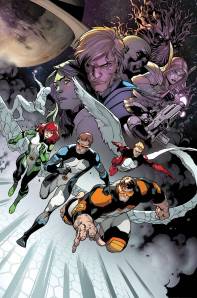 ‘The Trial of Jean Grey’
The arrival of the original X-Men in the present sent shockwaves through the Marvel Universe, but we’ve only seen the effects on Earth.
When alien races learn that Jean Grey, host of the destructive Phoenix Force, is back on earth, they do something about it.
Now it’s up to the rest of the All-New X-Men and the Guardians of the Galaxy to save Jean Grey from twisted intergalactic justice!
Don’t miss two of Marvel’s biggest franchises crossing over for the first time!

MUERTAS PART 3!
Lady Deathstrike’s new Sisterhood set their sights on the X-Men, and Psylocke is in the crosshairs!
A foe awakens, and neither team might be able to handle her! 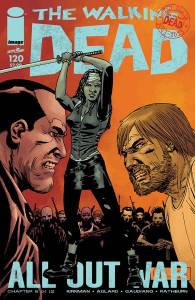 The Walking Dead #120 by Image Comics