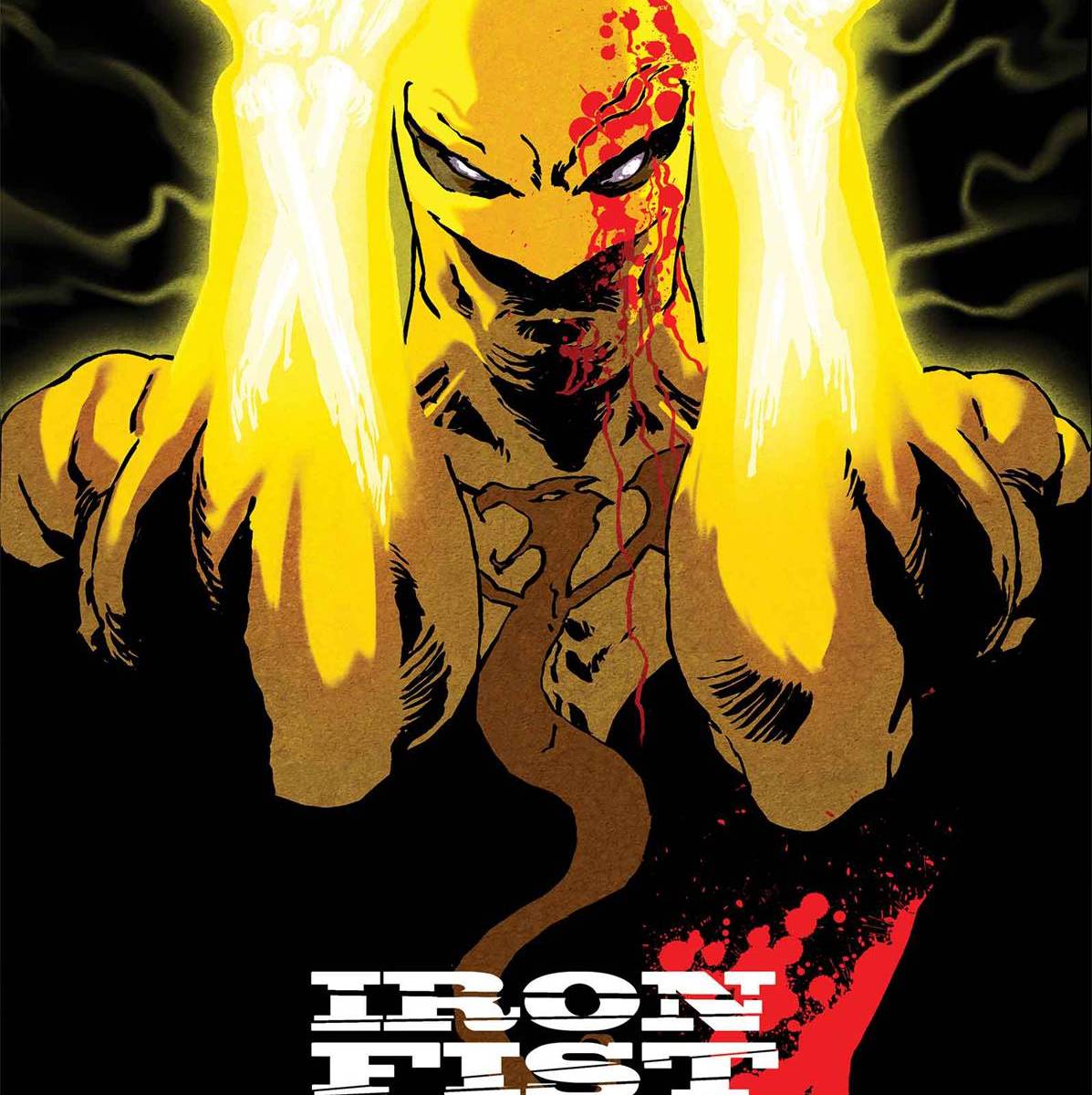 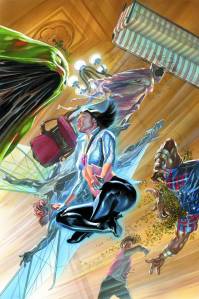 When you’re the Silver Adept, one of Astro City’s newest and most powerful mystic heroes, your life is full of magic, battle, demons, apocalypses and more. When you’re the Adept’s personal assistant, though, life gets really weird. A look at the woman behind the hero. Plus: sushi. 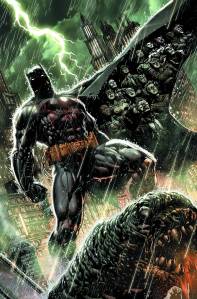 Don’t dare miss the start of the Bat-story so big it’s going to take every week of the month to tell! A massive cast of Gotham City’s best (and worst) examines the relationship between Batman, his allies and his city. In this debut issue, Commissioner James Gordon is caught on the wrong side of the law! 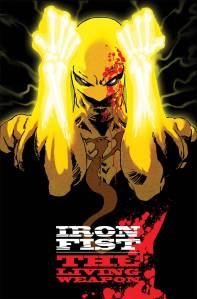 High above the city, in a multi-million dollar penthouse, Danny Rand, a.k.a. Iron Fist, ‘The Living Weapon,’ is haunted by the consequences of choosing death over life. A message from Iron Fist’s mystical homeland of K’un-Lun brings Danny back to his blood soaked origin of betrayal and vengeance! Revenge is a weapon that cuts both ways…. Will Danny survive the bloodletting? A one-of-a-kind kung fu action epic directed by the inimitable Kaare Andrews! 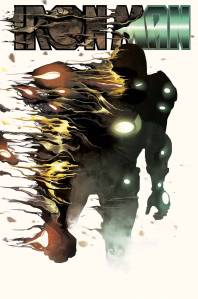 THE NEW EPIC CONTINUES, ‘RINGS OF THE MANDARINS’

TONY STARK on a black op behind enemy lines that goes horribly wrong? He’s fine with that.

When the enemy lines is ‘Svartalfheim, home of the Dark Elves’ and MALEKITH THE ACCURSED wants to wear your skin, things get complicated.

Will Tony have to resort to a very special IRON MAN suit? 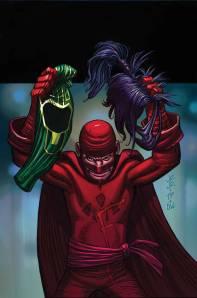 Hit-Girl’s day of reckoning has arrived. Tied up mentally and physically, she’s an easy mark even for a washed-up super-villain like Chris Genovese (formerly known as The Mother F**ker). Where is Kick-Ass when she needs him most? What’s happened to all the costumed superheroes? A major character death is imminent and with only one more issue before the series finale, it could be anyone! 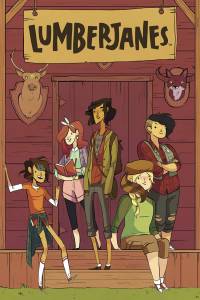 WHY WE LOVE IT: Five best friends spending the summer at Lumberjane scout camp… defeating yetis, thre-eeyed wolves, and giant falcons… what’s not to love?!WHY YOU’LL LOVE IT: It’s Buffy the Vampire Slayer meets Gravity Falls and features five buttkicking, rad teenager girls wailing on monsters and solving a mystery with the whole world at stake. And with the talent of acclaimed cartoonist Noelle Stevenson and talented newcomer Grace Ellis writing and Brooke Allen on art, this is going to be a spectacular series that you won’t want to miss.
WHAT IT’S ABOUT: Jo, April, Mal, Molly and Ripley are five best pals determined to have an awesome summer together… and they’re not gonna let any insane quest or an array of supernatural critters get in their way! Not only is it the second title launching in our new BOOM! Box imprint but LUMBERJANES is one of those punk rock, love-everything-about-it stories that appeals to fans of basically all excellent things. 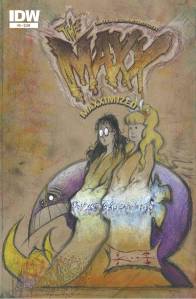 After laying on the couch and feeling sorry for himself, and being spied upon by some isz… Maxx plunges down the proverbial rabbit hole and encounters the ‘Crappon in the Hat,’ tries to save a fish, spills some beans, discovers a little girl (who is somehow connected to the Jungle Queen), and then finds himself on Julie’s couch, confused and afraid… right back where he started! 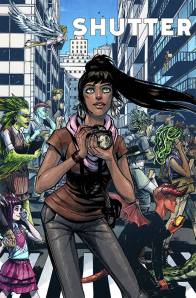 INDIANA JONES FOR THE 21ST CENTURY! Marvel Knights: Hulk and GLORY writer JOE KEATINGE teams up with artist extraordinaire LEILA DEL DUCA for her Image Comics debut in an all-new ongoing series combining the urban fantasy of Fables and the globe-spanning adventure of Y: The Last Man. Kate Kristopher, once the most famous explorer of an Earth far more fantastic than the one we know, is forced to return to the adventurous life she left behind when a family secret threatens to destroy everything she spent her life protecting. 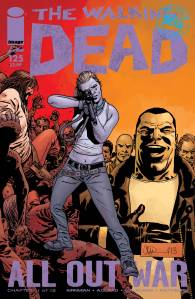 The Walking Dead #125 by Image Comics

‘ALL OUT WAR,’ Part 11
The f*ck f*cking f*ckity f*cking penultimate chapter of All Out Motherf*cking War!.